A research essay detailing the history of U.S. media participation in anti-Black racism and harm

This work is an effort to radically transform who has the capital to tell their own stories by 2070 — 50 years from today.

This work is an idea, welcoming critique and feedback. It is liberation work within a lineage of civil-rights activism, racial-justice organizing and calls for reparations.

This work makes visible the ways in which the media have taken part in and supported state violence and harm against Black people.

It seeks to highlight how the media can serve as a lever for racial justice — and underscore the repair and reconciliation necessary to build strong, free, democratic communities. To achieve full freedom and democracy, it’s critical to change entrenched media narratives about Black people.

This essay documents how anti-Black racism has been part of our media system’s DNA since colonial times. Within this document, we extensively explore how white-dominant media companies have inflicted harms on Black lives throughout U.S. history.

We also examine the harms inherent in government policies that have consolidated media power with white owners and made anti-Black racism a central fixture of our media system.

Did you know? Media organizations were complicit in the slave trade and profited off of chattel slavery; a powerful newspaper publisher helped lead the deadly overthrow of a local government in Wilmington, North Carolina, where Black people held power throughout the city; racist journalism has led to countless lynchings; Southern broadcast stations aired vociferous opposition to integration; and, in the 21st century, powerful social-media and tech companies are allowing white supremacists to use their platforms to organize, fundraise, recruit and spread violent hate.

Before we can achieve the transformation we need, we have to dream of a world we deserve that does not yet exist. That is why with the release of this essay, we seek to work in a Black-led coalition that is abundant with journalists, technologists, artists, activists, policymakers, media-makers, organizers and scholars, including those who have long fought for reparations.

Media 2070 is a project of Free Press, a 501(c)(3) nonpartisan organization fighting for your rights to connect and communicate. Free Press is working to create a world where people have the information and opportunities they need to tell their own stories, hold leaders accountable and participate in our democracy.

Contributions from individuals and charitable foundations make our work possible. We don’t take a cent from business, government or political parties — our independence is too important — so every dollar you give makes a real and lasting difference. Learn more at freepress.net.

How will we know we’re winning?

When media reparations is an issue intersectionally woven into various movements for economic justice, racial justice and human rights.

The following terms are used throughout the Media 2070 research essay and are intended as follows.

For the purpose of Media 2070, we define “Black” as the identity lived by people of the African diaspora. Communications strategist Omolayo Nkem Ojo writes, “Historically, the African diaspora has been those of African descent, whose ancestors were bought and kidnapped from the African continent and transported all around the world to build up colonial empires.”

The present-day African diaspora in the United States includes African migrants, Afro Caribbeans and Afro Latinx people as well as Black Americans. Ojo astutely points out, “While we might relish the nuances of these distinctions, it should be noted that police — and others — don’t discriminate based on nationality.”

When U.S. media have perpetuated the myth of Black inferiority, denied Black people opportunities and participated in or misrepresented violence against Black people, the perpetrators haven’t parsed nationality before committing these acts — and the harms have been well distributed. That’s why we define Black as any person with sub-Saharan African parentage or lineage.

We use this term to refer to the overall profession and the many formats that are available in U.S. society. The term includes not just white-owned corporations but also local and independent media outlets, bloggers, artists, influencers and news sources that exist to serve Black people and other marginalized communities.

We primarily use this term in reference to corporate-owned print, radio, television and online outlets that provide the majority of mass communication and information to the U.S. public. This white-controlled system is defined by policies and narrative practices that uphold a white-racial hierarchy — even amid efforts to diversify newsrooms and on-screen representation. This system also encompasses government policies that ensure white-owned media companies maintain ownership and control of the media infrastructure.

The National Coalition of Blacks for Reparations in America (N’COBRA) defines reparations as: “A process of repairing, healing and restoring a people injured because of their group identity and in violation of their fundamental human rights by governments, corporations, institutions and families. Those groups that have been injured have the right to obtain from the government, corporation, institution or family responsible for the injuries that which is needed to repair and heal themselves. In addition to being a demand for justice, it is a principle of international human rights law.”

The United Nations outlines five conditions that must be met for full reparations: cessation, assurances and guarantees of non-repetition; restitution and repatriation; compensation, satisfaction and rehabilitation. 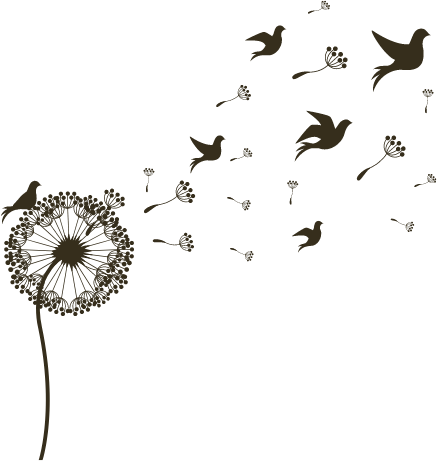 Together, we can win cultural, corporate, philanthropic and governmental media reparations.